Description of the FoxFi App

PDANet now offers a direct wireless solution (free upgrade) for connecting tablets or computers to the internet. FoxFi still offers the legacy WiFi Hotspot option. It is still the best way to share phone Internet if the legacy FoxFi feature works on your phone. There is no limit to the number of devices that you can connect.
======(New WiFi Direct Hotspot =======
The new WiFi Direct feature in PDANet 5 lets you connect WiFi mode to computers and tablets. It will, however, require that you either install PDANet or configure proxy settings on the connected computers/tablets, which is not the case with the WiFi Hotspot. This feature is useful if WiFi Hotspot is not configured on or if WiFi Hotspot usage has not been allowed despite having an unlimited data plan.

The old WiFi mode will not work on compatible devices due to lockdowns associated with each phone system upgrade. In general, as of 11/2016:
—Android 7.0 (Nougat), or later, no longer allows WiFi mode for Verizon phones.
—Verizon Samsung phones (S3/4/5/6/7/Edge, Note 2/3/4/5, etc. ), Verizon LG phones (V10, G2/3/4/5, etc. Android versions up to Android 6.0.1/6.1 are compatible with Verizon Sony phones (Z2/Z3).
—Verizon HTC phones M7/8 will only work with Android 4.1 or 4.4.
—Verizon Motorola phones only support Android 4.3 and below.
AT&T Samsung phones only support Android 4.2 and below.
—Other phones/carriers won’t work if they don’t have Android 4.0.
Straight Talk phones are only compatible with Verizon.
—All other phones should use Bluetooth or USB mode.

To bypass lockdowns on WiFi mode FoxFi, you may need to install a certificate on your phone. It will cause the Android system to enforce a screen lock on your phone and display a security message in notification. For more detail and steps to remove the screen locking, please visit http://pdanet.co/wifi.
*If you get a message asking you for a password for credential storage, this may be due to an Android system bug. Please see steps to clear this message at http://pdanet.co/wifi

After the limit, the free edition will automatically turn off. However, you can turn it on again. Otherwise, it works exactly as the full version.217k 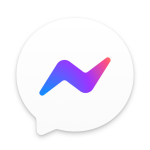 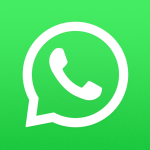 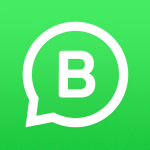